I insist that you also listen to Mikeypod’s post on the same topic here. 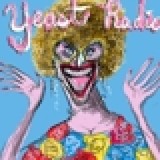 Thank you for speaking about this. All the time I have been following this, I didn’t think it would be possible for them to really kill her. I was driving home from my last piano lesson of the day yesterday at about 5:45 when I heard on KPFT that Governor Perry gave the go ahead to slay poor Frances. The church where the vigil was being held is only a few blocks from my apartment so I went there instead.

I have so little faith today after watching the people in their cars drive by, or even stop at the stoplight and avert their eyes. Pretending not to see us. Many of them had no idea that this was even happening. Someone I know from AA rode by on a bicycle. He stopped right next to me, and barely even said hello. I saw him look at my sign that said “Texas: Stop killing your citizens” through the corner of his eye. I say “Someone is being executed at this exact moment” He said nothing and rode away. I don’t understand how people can ignore something like this, and yet I can because it is terribly painful to realize that no matter how strongly I believe that this was wrong. There is nothing I can do but speak out, and then feel utter dispair that my voice has been worthless.

Really solemn show… and fitting rainy amsterdam day to go with it.
People don’t have the strength to look at the horrors commited in their name and by fellow humans. Can’t or won’t process it.. they seek to feel GOOD and OK all the time. And in the quest to pretend everything is fine, countless die almost unnoticed. I know it sounds like Im excusing it.. but its more of an attempt to understand it.

really well spoken, mark. I understand what you are trying to say perfectly.

I haven’t contacted you yet, but I have really ben getting alot out of listening to your show.

When Frances Newton was executed in Texas Wednesday for shooting her husband and two children 18 years ago, she became the third woman — and first black woman — to be put to death here since executions resumed in 1982. “Strapped to the death chamber gurney and with her parents among the people watching,” the AP’s Michael Graczyk reported, “she declined to make a final statement, quietly saying “no” and shaking her head when the warden asked if she would like to speak.”

Her motive for murder? Three weeks before the murders, Newton secretly bought $50,000 life insurance policies on herself, her husband and her daughter (apparently the murder of her other daughter was a freebie.) She named herself as beneficiary and admitted she signed her husband’s name, but only to prevent him from discovering she had hidden money to pay for the policies.

No matter how ones feels about the death penalty, we kept our promise to Frances Newton. The arguments over capital punishment will likely be settled to everyone’s satisfaction the day after we agree about abortion … which is to say, probably never. We simply won’t agree as a culture on who, when, where, how and why a human should be executed … the usual debate when death and government intersect.

But when Frances Newton committed her crimes, she knew society had promised its severest consequence. A promise kept, in this case, is about the best shine one can put on a grim event.

AP’s Michael Graczyk is a veteran of the Texas Death House, covering most executions in Huntsville in the past 20 years. He’s probably spent more time there than a lot of stone-cold Texas killers. Far from being lurid and voyeuristic, his reporting has always been sensitive, fair and descriptive without being sensational. It’s a tough job to be the eyes and ears of the public in a place where the public would rather not go.

The only “good” thing about the death penalty is that it is impossible to explain the concept to a child. So maybe there is hope for a future generation to end to this madness.

“The arguments over capital punishment will likely be settled to everyone’s satisfaction the day after we agree about abortion … which is to say, probably never.”

Will never be able to wrap my head around the fact that many “pro-lifers” are simultaneously pro capital punishment. How can people be so blind as to not see the inherent contradiction?

Abortion, the victim is innocent.
Capital Punishment, the condemn is guilty.

It really is that simple.

If you want some great online freebies check this out now!…